Gremlins 2: A New Batch of Glue

This here monster takes a lot of sticking. 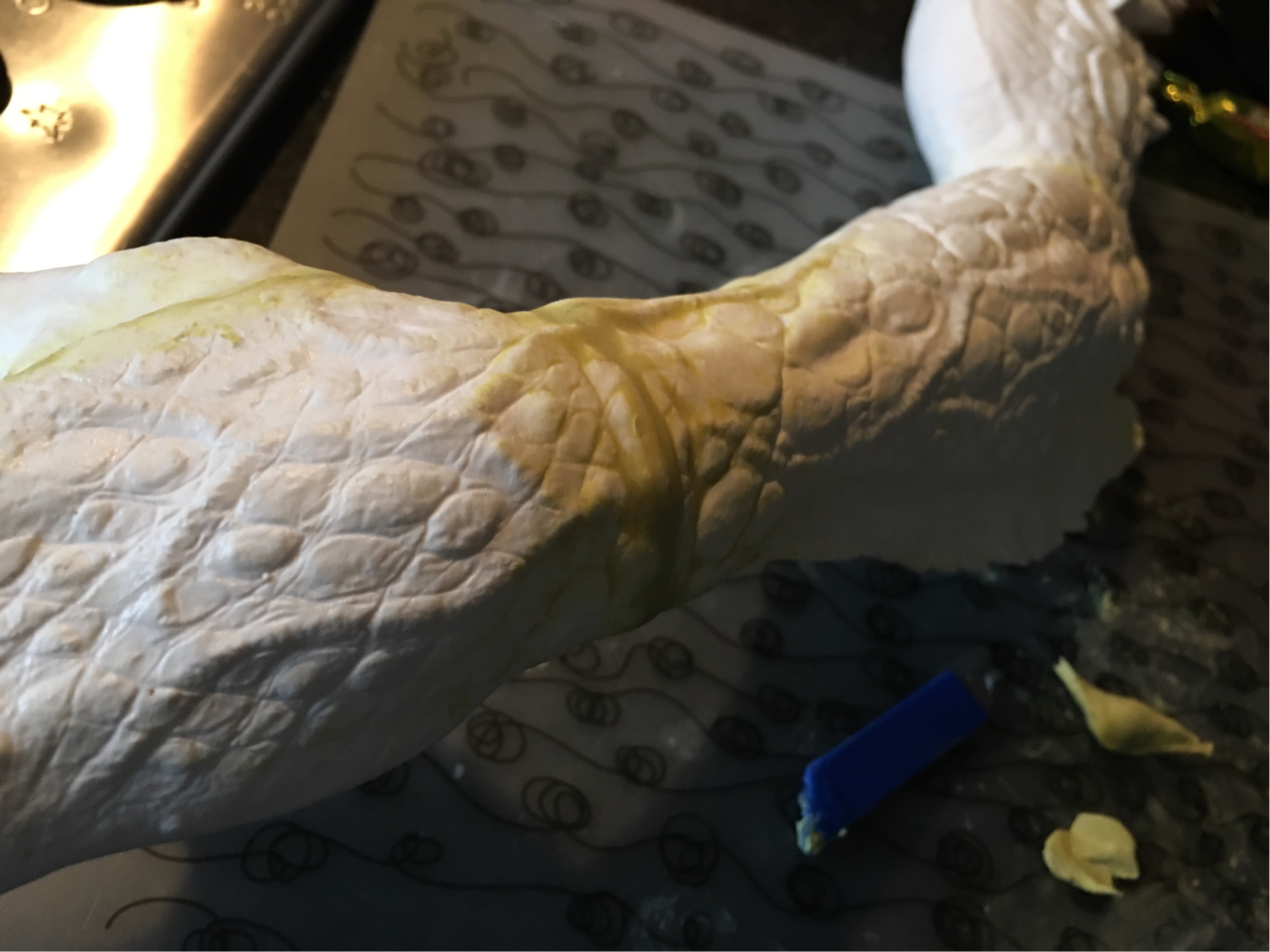 I'm using 2-part epoxy for long-term stick, CA for quick adhesion, and Milliput to fill and strengthen the gaps.

I've already talked about filling the inside with expanding foam, and the importance of making sure the holes are properly sealed. 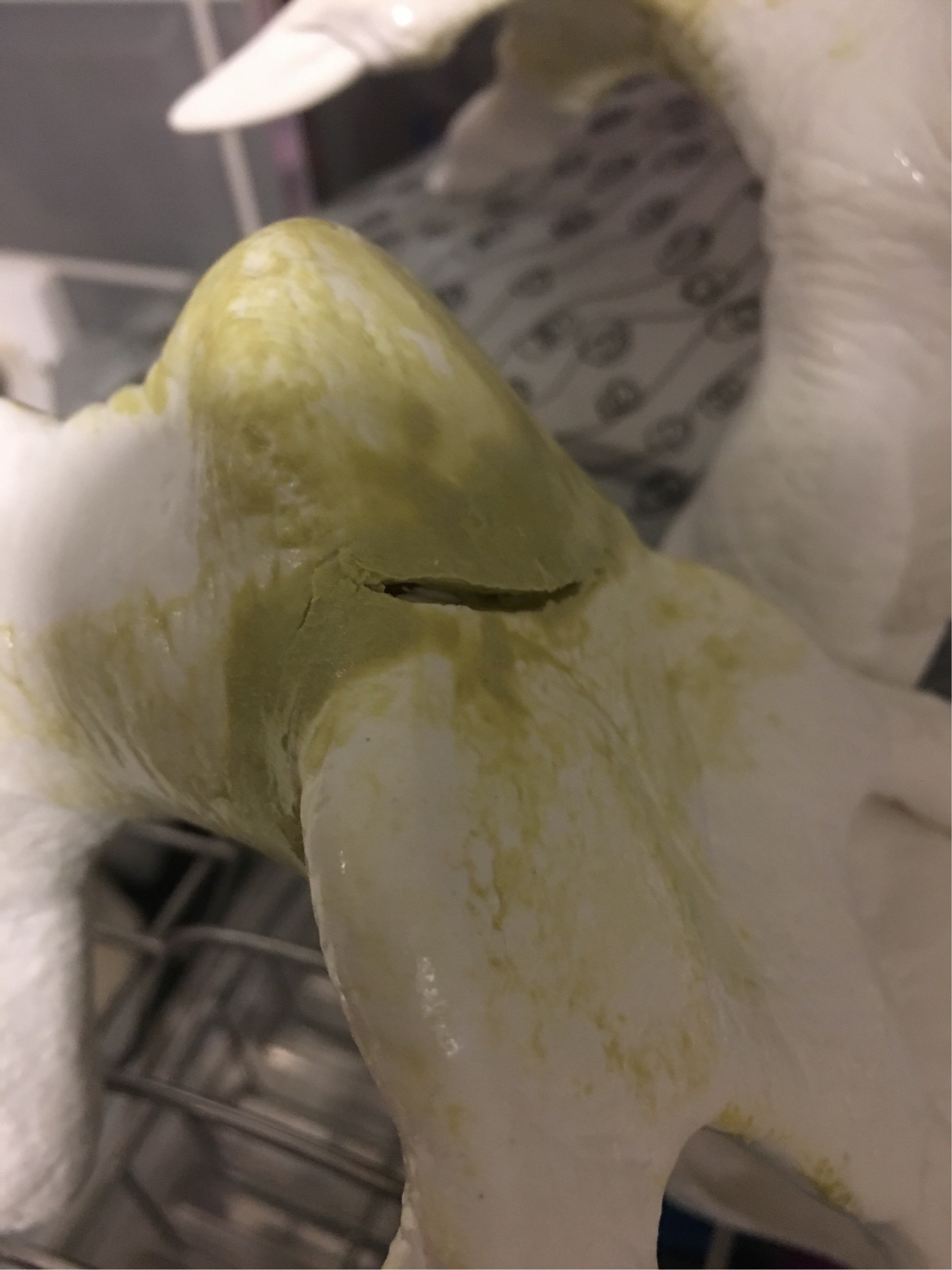 Thankfully I caught this before mixing up the foam. Nothing like wasting expensive chemicals and having them pour all over the kitchen counter! The cleanup on the model detail would also be a pain. Foam is fluffy and sticky, and not great for cutting. It is good for keeping things structurally sound, though.

This vinyl kit, as mentioned before, has a few issues. It's a repop (yuk) and certain aspects haven't translated well in the copying process. The mouth, for instance, has some weirdness between the lips, which needs heating and cutting, and maybe resculpting. 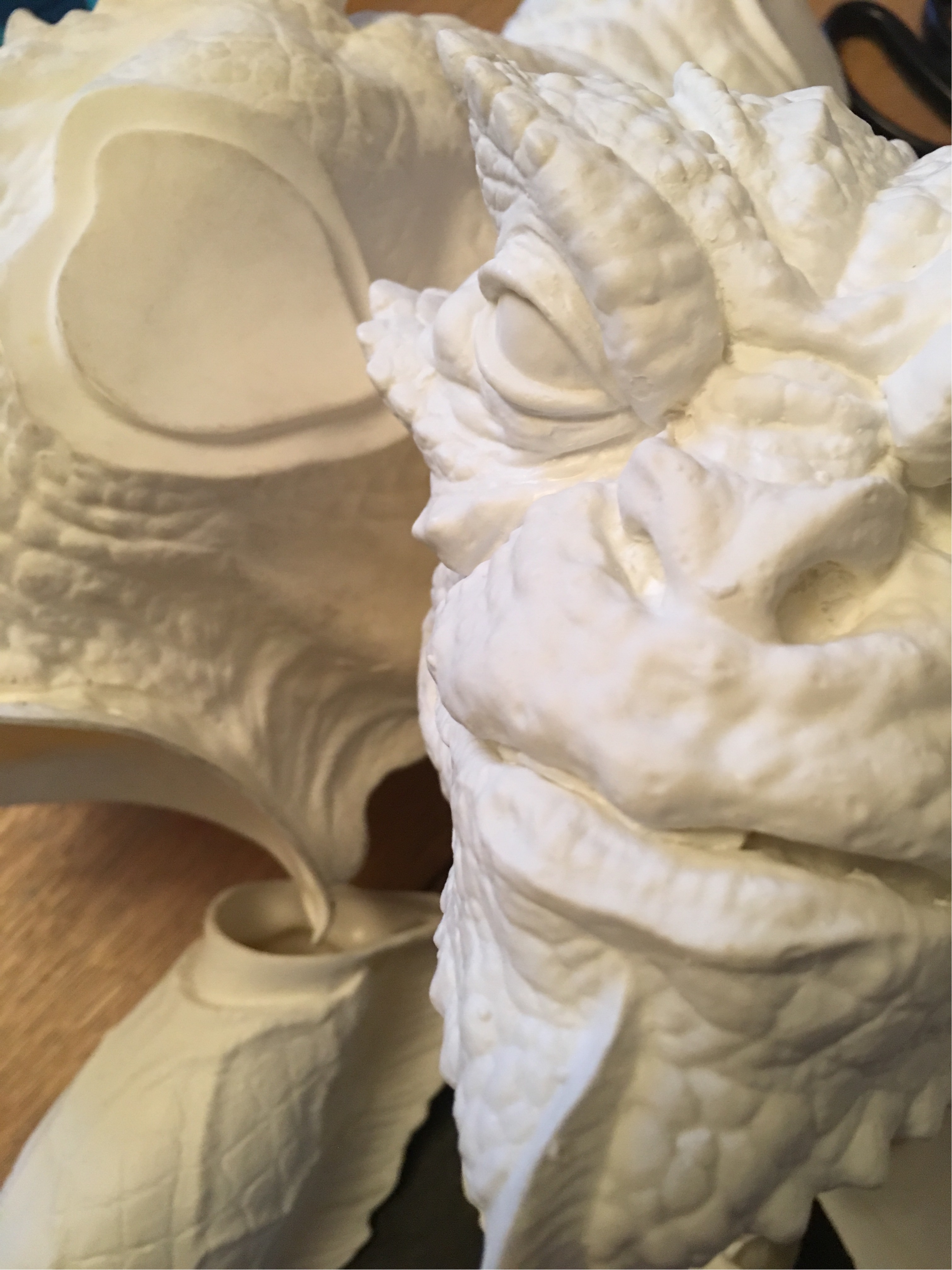 Likewise, the elbow joints are unwieldy. Either one side fits well, or the other. I'm not exactly new to reshaping vinyl under heat, but this kit has not been quality controlled like the original Kaiyodo would have been. Shame, but then that's what separates us from the snap kitters. 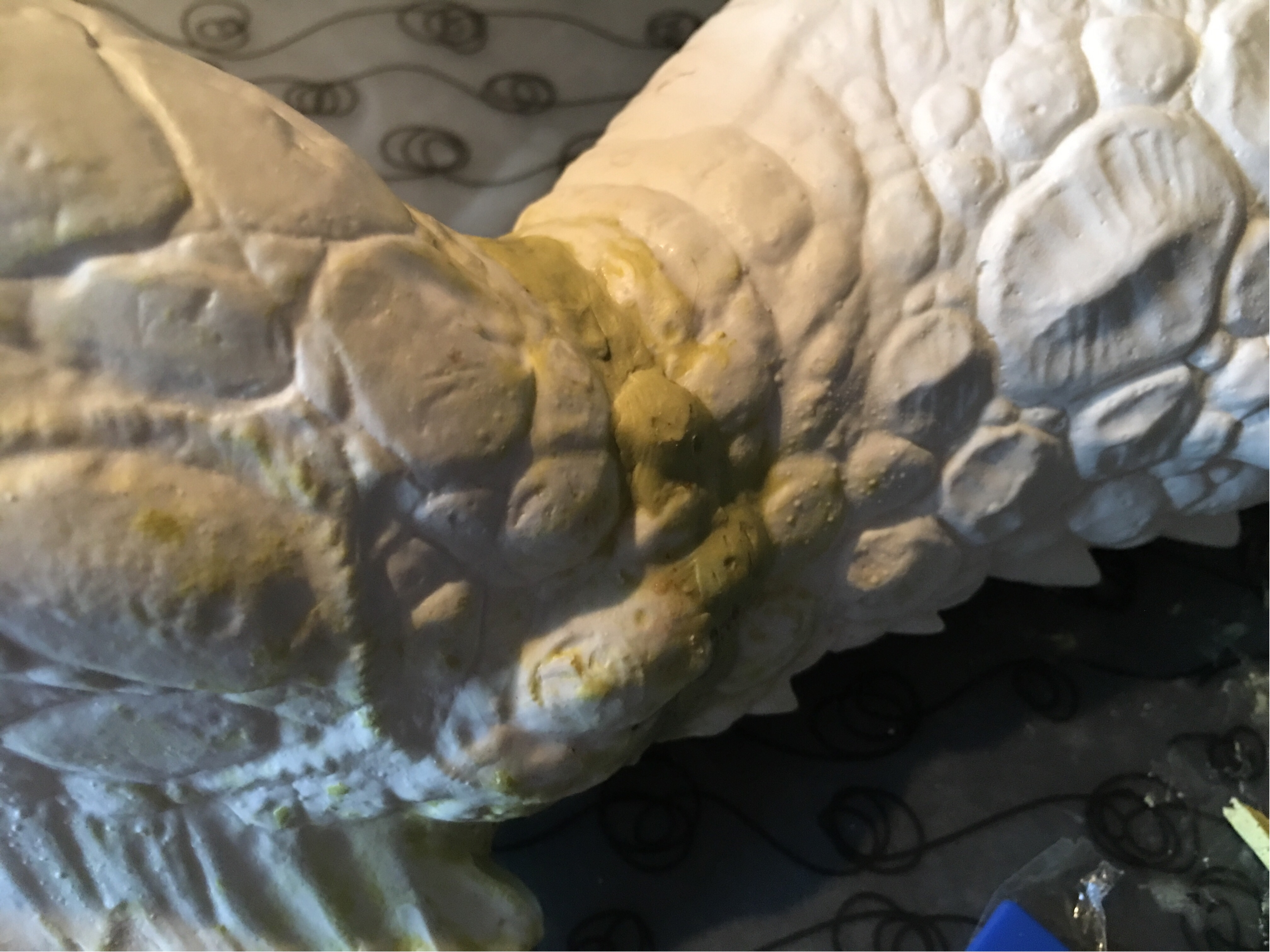 Here you can see what used to be a massive gap, filled with Milliput. In addition to the standard filler work, however, I've added some scales to match the surrounding details, and textured the 'smoother' areas by pressing the other arm into the Milliput to match the surface detail. I'm not a sculpter by any definition of the word, but blending in these failures in the repop kit will help sell the idea of realism to the eventual audience.

And that's what we do, right? Try and sell the idea of realism in a medium that's not realistic?
How many times have we looked at spaceship kits, or 40k minis, and said 'how can I make this more realistic'?

So the kit isn't exactly as planned, but it'll be structurally solid, and it won't fall over when it's done. It looks good, and even on close inspection it looks consistent within the world it's set in.

And that's the compromise. Do we make it work, regardless, or try and stick to the original intention of the kit designer?

Hopefully both, but if there's wiggle room, I think it has to be in favour of the builder, and artistic interpretation.

The other arm didn't have as many issues. Who knows why? I didn't have to sculpt scales - only some textured filling. But that, I guess, is the nature of vinyl.

Sometimes it works perfectly, and sometimes you cut the wrong bit and it doesn't fit at all. Sometimes, of course, it's not your fault at all.

And that's the story I'm sticking to.