There's been a lot of rumbling online, since the 2nd Avengers movie was released, that Scarlett Johansson's Natasha Romanoff, aka Black Widow, hasn't had the merchandising treatment that her male Avenger friends have had the fortune of enjoying.
Thankfully that wasn't always the case. Moebius Models released a slew of Iron Man 2 models back in 2010-12, one of which was Black Widow. 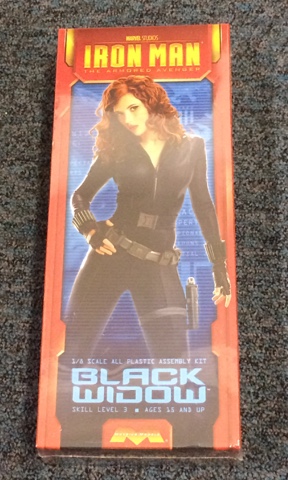 That's a great photo on the front. Designed to grab your attention, don't you think? I like that it's 'age 15 and up'. It's a simple plastic kit - 11 year olds could glue this together. Painting is another thing, but 15? That's a marketing ploy.
Anyway, check out the rear. Of the box. 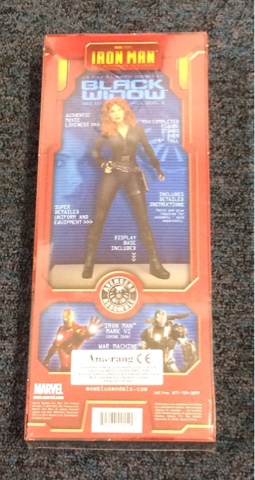 Spot the difference? The model in the box is looking forwards, rather than head down, looking up - as a superspy temptress might actually look at you.
Some conversion work to be done, then.
Let's begin.
In the box you get a few flesh-coloured sprues. Everything is more or less halved, and has good locator pins for glueing. 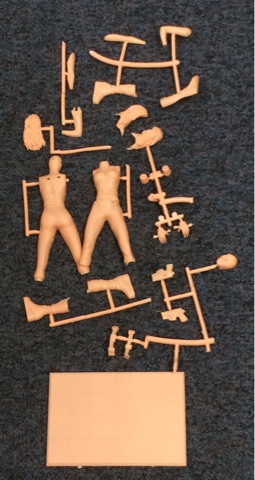 The base is mahoosive, though. Start thinking about scenery now...
The detail is good, and the face looks enough like ScarJo that painting won't turn her into Arnie. One thing I'm not impressed with is that she has two right feet. 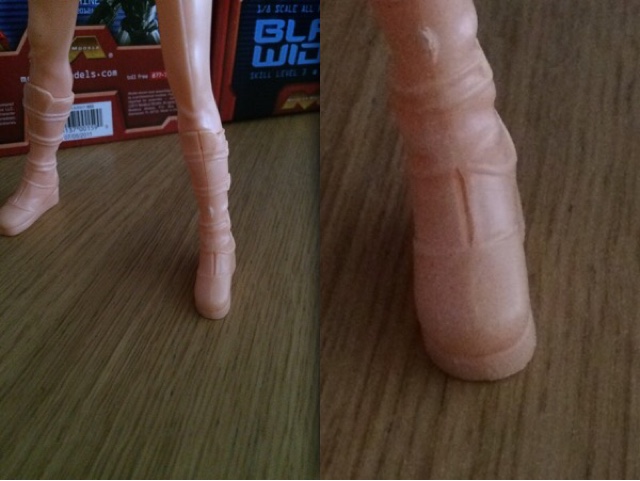 No, I didn't fit them the wrong way around - nothing I can do about this, so I won't draw attention to it too much...
Dry fitting the arms and head, I can see what needs to be done to tweak the pose. 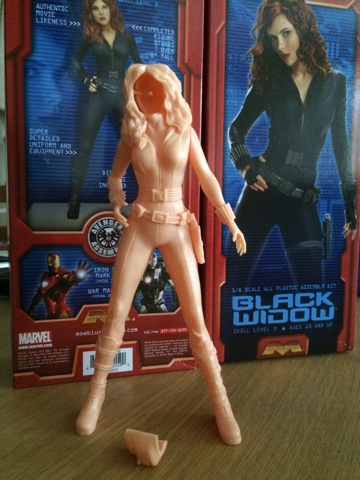 The hand doesn't sit close enough to the belt, and then there's the head. Cut the head off at the neck, turn, tilt, fill and sand. Easy, right? At least that'll eliminate the centre-parting in the hair. 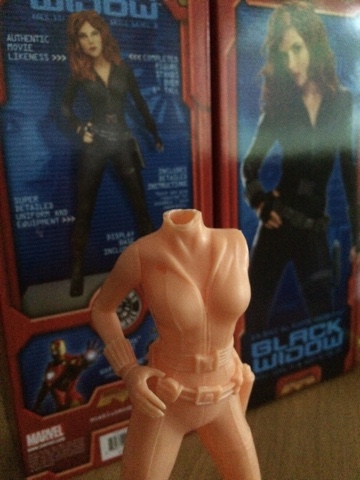 Now to start adjusting how the head sits.
But that's for part 2...
Posted by MiniPainter at 00:35